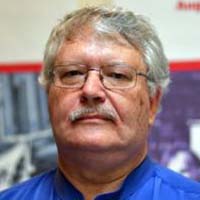 Ken helped organise the first Mardi Gras in 1978 after receiving an appeal for solidarity actions to mark the anniversary of Stonewall. He later helped found the Gay Trade Union Group and now works for APHEDA, the trade union aid abroad program. He will speak on Sunday on From equal marriage to LGBTI liberation: Pride and protest 40 years on